Start-up game company, Azra Games has raised an incredible $15 million in a seed-funding round. NFTs have proven to be a point of contention for gamers around the world. While some have embraced the new platform, others have caused an uproar aimed at NFTs’ crypto nature and their effect on the environment. But investments like these point towards a future where NFT games continue to grow in scope and ambition. This is especially true when AAA publishers like Ubisoft and Square Enix are entering the space. So, what does this new investment mean for Azra Games? Read on below to find out.

Azra Games have secured this incredible investment, which they aim to use towards their new “Project Arcanas”. The company is quite new to blockchain technology. Azra Games are yet to pick a blockchain for its new project. Sure, the main choices would have to be either Ethereum or Solana, though there could be other options in the running. Despite the studios’ lack of experience on this front, Azra Games’ team is filled with industry veterans. Most of these individuals have previously worked with gaming giant EA, contributing to projects such as Star Wars: Galaxy of Heroes, Mass Effect and Battlefield 2042.

The $15 million raised by Azra Games will be going towards the production of their new game, “Project Arcanas.” The game will take on the shape of an RPG, with characters and in-game items being minted as NFTs on the blockchain. The first set of NFTs will come in the form of the Arcanas Genesis Collection. This will feature a set of characters that can be purchased and staked for value. Staking an NFT locks it away for some time to earn additional interest. All of these characters will play a crucial role in the game’s world and lore. These initial tokens are being referred to as Play Forever Passes or PFP by Azra Games. Of course, we expect the company to release more NFTs as development carries on and players will finally be able to put them to good use within the game itself.

A $15 million investment is incredibly good news, both for Azra Games and the NFT gaming community at large. The studio has some of the most experienced veterans in the industry backing it, so we can expect to see Project Arcanas grow into an exciting experience. As more money continues to be poured into NFT projects, we will continue to see the platform grow. Studios grow more ambitious and driven and we will continue to see bigger and better NFT experiences coming our way. This investment comes as one of many similar announcements in recent weeks and we hope to continue seeing more in the future. 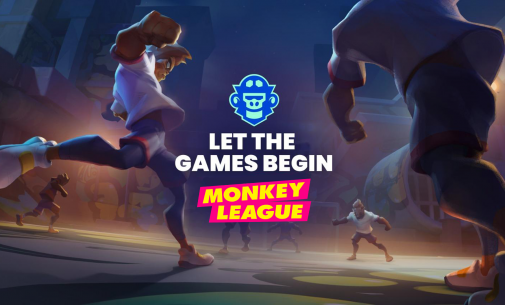 NFT and blockchain technologies have spread across a plethora of industries. In

As the rift between AAA publishers who support NFT games and