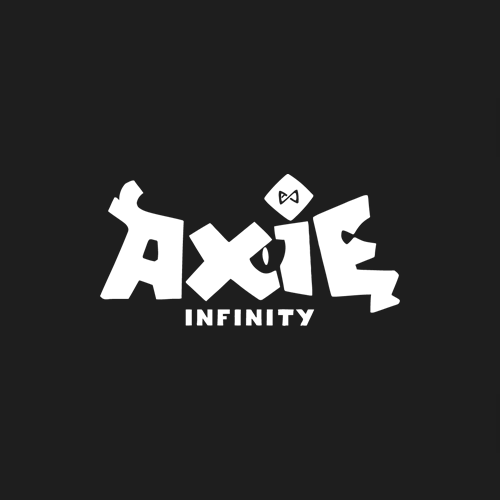 Launched in 2018, Axie Infinity is the brainchild of Vietnamese developer, Sky Mavis. It’s a turn-based collectible game that follows in the footsteps of Pokémon, Spore, and similar titles. Players must breed their very own Axie creatures and then engage in PvE and PvP battles against similar creatures. As a crypto game, Axie Infinity presents its creatures as NFTs, that can be bought, sold, or traded accordingly.

Launched in 2018, Axie Infinity is the brainchild of Vietnamese developer, Sky Mavis. It’s a turn-based collectible game that follows in the footsteps of Pokémon, Spore, and similar titles. Players must breed their very own Axie creatures and then engage in PvE and PvP battles against similar creatures. As a crypto game, Axie Infinity presents its creatures as NFTs, that can be bought, sold, or traded accordingly. The value of each Axie is determined by a few factors, including the rarity of the breed in question. Through their various battles, players earn a cryptocurrency called SLP – Sweet Love Potion. This is the ingredient needed to breed more Axie creatures and can garner a fetching price on the market.

Having utilised a play-to-earn model, the game has risen in popularity, giving people a simple introduction into blockchain tech. The fun graphics, casual nature of the game and relaxed pace, make it incredibly accessible, though it’s important to remember that it is also a financial tool. Back in October of 2020, the value of an AXS token stood at £0.10. By December of 2021, the figure had risen sharply to £105.51.

Read on below, as we dissect the inner workings of Axie Infinity, focusing on the good, the not so good and everything crypto. Is Axie Infinity still a game worth playing? Or has its popularity created a steep wall for new players to climb over? Check out our review to find out!

As a crypto game, Axie Infinity functions strictly through Ethereum and Ronin blockchains. This might deter some new players who are unfamiliar with crypto technology. But once the initial process has been ironed out, the rest of your experience won’t be too turbulent. To deposit money and buy Axies, players must follow the following steps.

Withdrawals must be made at a minimum of 1.6 AXS tokens, carrying a commission of 0.8 Axies. This is related to the Ethereum network, which happens to be quite expensive, although it is the only option players have when playing Axie Infinity.

How the Game works

Once players have created their new Axie infinity accounts, they must purchase 3 Axie creatures. These can come in matured egg form or as fully grown adults. Axies come in various levels of rarity and can be upgraded to higher tiers. These are Normal, Rare, Ultra Rare, Legendary and Mystical. The creatures can have a number of characteristics set, including their own class. This class dictates the Axie’s traits, their talents and shortcomings. Players can assign one of the following:

Players can then use their Axie creatures to engage in the two game modes available, PVE Adventure and PVP Battle. Energy is a local game currency, used to initiate a session of any game mode. Players are given a limited supply of twenty per day and must use these carefully.

Following in the footsteps of the rogue-like genre, the PVE Adventure mode, sets players on a trail across the world of Lunacia. Here, you encounter a variety of enemy Axies that grow increasingly stronger the further you progress. These battles yield experience points that will level up your Axie pets, effectively increasing their stats. The loop ends when you are finally defeated and will need to go though the gameplay loop once more.

PvP pits real players and their Axie creatures against each other. The action takes place in an arena, where a 3 vs 3 battle takes place. The turn-based strategy means that you will be able to co-ordinate your fight every step of the way, with the winner defeating all three enemy pets. Victory in a PvP match will reward you with experience points, as well as in-game items and resources. These fights required an increased level of strategy, with Axie positioning and strategic attacks generally being the deciding factor. PvP battles may only take place every four hours, with a maximum of six in one day.

Strategy on the battlefield can be coordinated according to your Axie’s strengths and weaknesses. Positioning is key, giving you the opportunity to shape the way the battle plays out. Axies will attack the creature closest to them, so its important to set your pieces up in a way that favours their best abilities. As with most PvP games, character classes are divided into three distinct categories: Tank, DPS and Healer.

The tank is the toughest of the lot, capable of taking on a great deal of damage, even if they don’t necessarily deal much damage themselves. They are the ones who will cover your other creatures while you strategize your way across the battlefield. The Axie plant’s high health makes them the perfect choice in this category, and they are supported further with basic healing abilities and a high defence rating.

DPS or Damage Per Second classes are the ones who will be attacking your enemies’ creatures in the most effective way possible. Their abilities and combos are capable of taking away chunks of health off enemy pieces, making them incredibly formidable. Axie beasts and birds are the best in this scenario, although aquatic Axies can also deal a great deal of damage.

Last but not least, the Healer classes serve to turn the tide of battle. They can employ a variety of healing buffs that will regenerate your squad’s health. They can also make use of some great game modifiers, increasing ally hit speed and accuracy or reducing them from the enemy’s team.

So, how does the play-to-earn model feature in game? The main aim for players looking to follow this path is to focus on obtaining SLPs, Sweet love Potions. These can be withdrawn and traded every 14 days. They can be earned by completing daily quests, battling in PvP and PvE. Players can also breed their Axie creatures to create even rarer breed that can fetch a good price on the marketplace.

Players that run into any issues during their time playing Axie Infinity are directed towards the game’s detailed FAQ section. Here, all basic queries relate to Axie Infinity and the Ronin wallet and blockchain are ironed out. Any players who have more specific issues that need to be addressed can contact the customer service team. This can be done by submitting a request through Sky Mavis’ online portal.

Still have some burning questions? Want to get a quick and easy answer to a more direct query? Check out our FAQ section below for more information on Axie Infinity.

What is Axie Infinity?

Axie Infinity is an NFT-based crypto game that centres around the breeding, collecting, and battling of virtual Axie creatures. Gameplay offers up both PVE and PvP game modes. PVE follows a roguelike structure, with battles both here and in PVP taking a turn-based strategy format. The game employs a play-to-earn model that allows players to earn SLP (Sweet Love Potion) cryptocurrency which can be sold on the blockchain. Axie characters come in the form of NFTs and can also be bought, traded or sold on the blockchain. The game supports both the Ethereum and Ronin blockchain technologies.

Where can I play Axie Infinity?

Axie Infinity is available across both desktop and mobile devices. It is supported on Windows, Macintosh, Android and iOS systems. Simply download your respective game client to begin. The game features cross-platform support, allowing for players to synchronise their accounts across all devices. Players on different devices may also play together.

How do I play Axie Infinity?

Players must make sure they have a Metamask account and a crypto wallet (such as Ronin). Once your Axie infinity game client has been installed on your device, you can deposit funds into your wallet and purchase Axie creatures. A minimum of three are required to start playing. Choose these carefully as you will need to stick with them until you get more creatures. You can then choose between the two game modes, PVE Adventure or PVP Battle. The former focuses on single player roguelike gameplay, while the latter pits you against fellow players and their Axie squad.

How do I earn money from Axie Infinity?

Axie Infinity uses a play-to-earn model that allows players to make money by playing through the game. By completing daily quests, as well as PVE and PVP battles, players earn a form of cryptocurrency called SLP (Sweet Love Potion). This resource allows for players to create more Axie creatures and can be sold on the blockchain for a profit. Players can also breed more Axies and sell them as NFTs. Axie creatures can only breed for a total of seven times, so be careful as to how and when you decide to go through this process.

Axie Infinity has managed to create a successful formula that mixes great gameplay with a solid play-to-earn model. This all comes paired with a strong visual presentation and the promise of more functions and features. As one of the first games of its kind, Axie Infinity has had to tread uncharted waters, dealing with issues that future games will know to avoid. The SLP token’s value, which has spiked drastically since the game’s rise in popularity is an example of such. Its high price point has affected new players joining the game, with an expensive rate being slapped on any new Axie creatures. The team is already looking into ways of curbing these potential issues, with a free-to-play structure already in the works. This sort of response bodes well for the title and if it continues to be analysed and supported this way, it will grow and maintain its popular fanbase.

As far as pioneering blockchain companies go, Immutable has led the way (..)

NFTs and video games have been intrinsically linked for a while and (..)