The biggest allure that NFT games promise players is a play-to-earn model. Which gamer doesn’t dream of playing their favorite games for a living? Imagine a world where you could simply log in and earn real rewards with tangible value in an actual marketplace. Sure, some MMORPGs like World of Warcraft have adopted some similar concepts in the past, using in-game auction houses for players to farm, refine and trade goods. Players did manage to find ways to monetize in this situation, but the structure is limited and ultimately not built for these kinds of transactions. That’s where NFT gaming comes in.

By playing in-game assets on a blockchain, players can actually earn valuable content. The play-to-earn model as it is called, gives players agency, allowing them to make some actual cash through playing the game. You might think that this could be a dreary grind that you’d have to repeat without end, but developers have been creative in finding enticing gameplay for NFT titles. So, can anyone simply start playing and earning money? Well, not quite. Some NFT games ask for payment upfront, with certain titles having a very high asking price. In other cases, developers have opted for a free-to play model, wherein players enjoy free NFT games without investment and can immediately start making money.

We’ve put together a list of the top free to play NFT games around. These games are in incredibly high demand, offering players a way to capitalise fully on the platform and earn NFTs simply by playing the game itself. Have a look at the best free to play NFT games 2022 has to offer and see if any of them might be right for you. 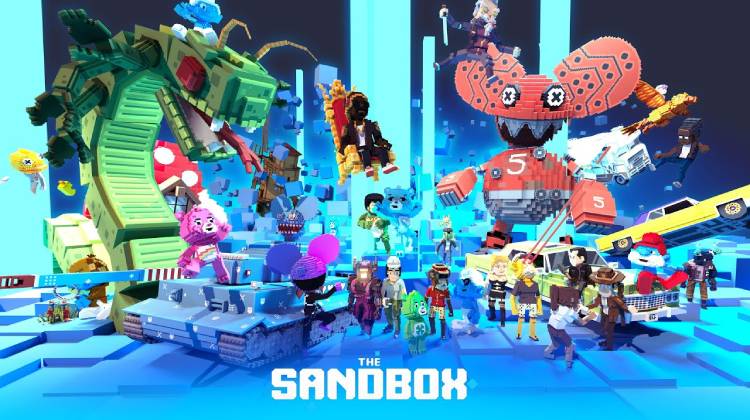 Endlessly ambitious and open in its design, The Sandbox is an NFT metaverse sandbox. Here, players can build assets themselves, mint them as NFTs and sell them on the marketplace. All this user-generated content can then be used to create game experiences and even full-scale game worlds, designed by the players, for the players.

Joining the game is entirely free and players can immediately jump into the VoxEdit part of the game which allows them to create in-game assets. These assets can vary from anything between new characters to inventory equipment, in-game items, and pieces of environment. It is then up to players and The Sandbox to decide which assets are fit to be minted as NFTs. Either way, the marketplace hosts both fungible and non-fungible assets, allowing players to capitalise on their creations. Of course, to purchase assets in the marketplace, players will need to pay according to the set price. These assets can be utilised in the free to use Game Maker. Here the assets can be put together accordingly to create unique gaming experiences. Players can then set a price on these game experiences. So, you might need to pay up for any specific games that other players have built.

All in all, The Sandbox offers a fair compromise. Mixing free-to-play elements with some paid content is fair enough and players do not need to pay a dime to utilise the game’s world building tools. This means that you can still be following the play-to-earn model, without having to pay up for anything. 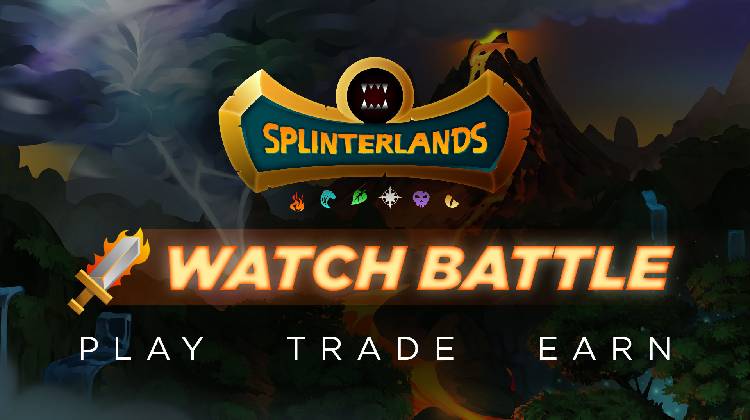 Based on the Hive blockchain, Splinterlands takes a shot at NFT card gaming. Players must build their decks with all manner of creatures, as they make battle with both NPCs and other players. Completely free-to-play, players joining Splinterlands receive enough cards to get their decks started. Players are then matched with similarly ranked opponents and face off in card duels. The winner earns additional cards which can be used to bolster their respective decks or sold as NFTs at the marketplace for cryptocurrency.

The marketplace is a busy hub of activity, giving players the options to buy, sell and trade their card collection. Cryptocurrency is used for these transactions and so this is the only part of the game where players might need to pay. Then again, if players have already made some money from selling their own set of cards, they can use that money directly to make purchases. In effect this means that the transaction will still not have cost them any of their personal funds. Cards may also be earned by completing daily challenges or seasonal missions. It’s a great way to unlock more cards without putting any money on the line and players can rest assured that there are no repercussions to losing ranked matches. Cards can also be combined with similar ones to level them further, making them even more powerful and valuable.

The game that has become synonymous with NFT gaming success is Axie Infinity. The monster collecting game has players breeding their very own Axie creatures which are represented as unique NFTs on the blockchain. Following in footsteps of games like Pokémon and Digimon, players will then duel other players in 3v3 battles, mixing might and strategy to turn the tide of battle in their favour. A roguelike PVE mode is also available, allowing players to engage with the game in a different way.
Strictly speaking, Axie Infinity is not a free-to-play game. Players looking to join will need to purchase 3 Axie characters to begin. Given the fluctuating price of Axies, these characters will cost you quite a pretty penny and a single creature can be worth more than $100. So, why exactly have we featured Axie Infinity in our list?

The answer lies with an in-game function called Axie Infinity Scholarship. Through this scholarship, prospective players can sign on as scholars. In doing so, they will have access to other players’ Axie creatures and will be able to play the game using their characters. In return, the NFT owner gets a share of the profit that the scholar makes. This is an official function that was introduced by the game creators themselves. It offers NFT owners the chance to capitalise on their assets without having to put in any of the work. On the other hand, scholars get to lay the game and earn money from it, without having to fork out the steep initial price.

NFT games are constantly looking for existing game genres that they can revolutionize and capitalise on. While Axie Infinity targets the more mainstream Pokémon video games, Coin Hunt World is moulded in the shape of the more recent Pokémon Go. When it initially released on mobile devices, Pokémon Go became an instant sensation, bringing back an incredibly nostalgic game and mixing it with modern augmented reality technology. Coin Hunt World seeks to do the same in an NFT game setting. Players are encouraged to traverse their actual locations, guided by a digital map that leads them to keys that are scattered everywhere. The rewards come in the form of Bitcoin and Ethereum, making them incredibly valuable.
Players can join the hunt for free and set about making some money across their augmented reality locations. After collecting enough keys, players can deposit them into the vaults. They are then presented with a trivia question. Answering correctly will reward you with Bitcoin and Ethereum. Needless to say, that the game does require players to actually move around their locations, following this digital map in order to progress accordingly. Some might question Coin Hunt World’s legitimacy as an NFT game, given that it cashes out its rewards directly in cryptocurrency. As fair as an argument as that is, Coin Hunt World is still a free-to-play blockchain game that offers players a play-to-earn structure which can be incredibly profitable. The slight downside here is the fact that you will no be earning any NFTs and so the grind to get good profits will take a while longer. 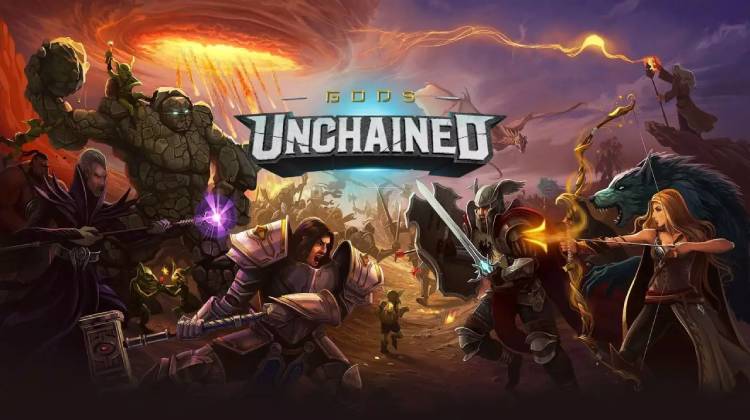 Although Splinterlands does a great job at translating the card game genre into the NFT gaming space, Gods Unchained takes top spot. The game is completely free to play and apart from being given a starting deck, new players are also awarded with 3 initial card packs. Gameplay is very similar to that found in Hearthstone, Blizzard’s hit card game. Swapping Heroes with Gods, players must build a suitable fighting deck and employ the right strategic tactics to overcome their opponents. Players can climb up the ranks by beating other opponents, increasing the chances of earning better cards in the process.

The NFT cards you earn can be traded accordingly on the marketplace. Of course, your starting deck is not made up of NFTs, as they are regular starting cards, but any other cards you earn in game can be sold and traded on the Ethereum blockchain. By winning against other players, you can earn additional cards of higher rarity. These can be used to upgrade you deck or sold on the marketplace. Gods Unchained does a great job of keeping gameplay levels fair and players can rest assured that they will only be matched with players of a similar rank. It’s a great way to keep the game fun for everyone, fighting off any pay-to-win tactics that have plagued similar titles. With a mix of fair rules, engaging gameplay, NFT technology and gorgeous graphics, Gods Unchained has established itself as one of the top NFT games available.
Chainmonsters

Following in the footsteps of Axie Infinity is Chainmonsters. This monster collecting game fleshes out its world to offer players a more engaging gameplay experience. As a multiplayer RPG, the game has the player exploring the world, collecting monsters and items that can be used in the game’s battles. Throughout the game, players can catch, fight and trade monsters accordingly. This ties into the game’s play-to-earn structure which has all of the monsters available minted as NFTs on the Flow blockchain.

This is a free NFT game, so players can start looking for their very own set of monsters without paying anything. The entire game economy is directed by the player base. This means that you can find resources and craft items into NFTs which can then be sold accordingly. The game is already available on iOS and Android, as well as the Steam platform on PC. According to the developer, PlayStation and Xbox versions are also being developed. Chainmonsters has the potential to grow, with all the in-game NFT assets taking on a much higher value. At the moment it is still considered to have a low barrier entry and as such is very accessible to new players who are looking to form part of its economy.

Over the years, players have grown weary of tricks that have made them fork out money when they actually claim otherwise. The loot box saga saw disastrous game launches that affected even big AAA titles like Battlefront 2, Middle Earth: Shadow of War and even Bioware’s Anthem. Having been bitten before, players can be quite concerned with joining in on NFT games. Although the promise of making money through playing sounds great, there are many barriers that still hold players back.

NFT gaming has been quite upfront with the costs involved and although many games push for a free-to-play option, others still ask for an entry price. This can be really tricky, considering the fact that NFTs fluctuate in price and so the entry fee will be reflected by the game’s popularity. As we’ve already seen with Axie Infinity, developers are looking for ways to mitigate and improve this, coming up with very creative ways to do so.

Our list put together some of the best free-to play NFT games out there. These games can technically be played without forking out any money. What’s more, players can also make use of the play-to-earn structure to make a profit. It’s a fantastic deal, allowing you to simply start making money from the game without placing any personal funds on the line. Through their innovative structure, these free NFT games have set the bar for others to follow.